Back to Top
Newsletter Signup

The National Amateur Body-Builders’ Association is a non profit making concern and all monies received are used solely for the purposes of the Association.

The management of the Association is in the hands of a small Executive Committee, easily available for regular consultation on urgent day to day matters.

There is an area representative for each of the major areas, who works in close liaison with the Secretary. They are also informed regularly about all NABBA matters. They are also responsible for organising shows and appointing judges for NABBA shows in their areas.

The name and address of the NABBA representative in your area can be had from the Secretary.

In order to cut down the cost of expensive and often unnecessary meetings by bringing area representatives to Birmingham the Secretary is in constant touch with them, and they often meet at various shows up and down the country, also at the Britain and Universe finals.

Membership is open to all physical culturists over the age of 14, either as an amateur or an associate member and is current for the yearly annual membership.  Eg. A membership purchased during the period of 2019 will expire on the 31st December 2019.

Those under the age of 14 years are only accepted for membership if they are members of an affiliated NABBAClub and join through the secretary of the club or have their parent’s permission to become members.

There are also special ticket privileges for NABBA Affiliated clubs, and individuals at some of these shows, including the Britain and Universe.

NABBA members can seek training advice if they train alone and have no instructor to turn to. But they must be limited and necessary. Stamped addressed envelope and current NABBA membership number must be included in all such letters. No medical queries can be answered.

DEFINITION OF A PROFESSIONAL

Competitor who declares being Professional (who earns a living by being a Professional Competitor). In the case of a Professional who wants to become eligible to compete again in a Mr or Miss category, a clear 12 months gap should take place before being allowed to compete in an AMATEUR MR OR MISS CATEGORY.

DEFINITION OF AN ASSOCIATE

An Associate is one whose wish is to support NABBA but who through status is not eligible to enter competitions with amateurs.

OBJECTS OF THE NABBA

Those placing in the first six or so in the Britain finals are asked to compete in the NABBA Universe Contests. Anyone placing either 1st or 2nd at the Universe will have an invitation to next year's Universe.

The NABBA Council will discuss and agree on a renewed annual basis, selected Universe Winners to be invited to the next Annual World Championship, which NABBA recognises.

In addition from July 2016, it was also agreed that in future our NABBA World Team (selected Universe Winners as above) will be chosen from England, N. Ireland, Scotland and Wales and will be known in future as NABBA Team G.B. (Great Britain).

1. All competitors (both male and female) shall be NABBA members.

It is the organiser’s responsibility to ensure that memberships are valid.

A closing date for entries of one week prior to the contest date is suggested, so that any doubtful memberships may be checked with NABBA HQ.

Any organiser allowing non-members to enter without charging competitor(s) membership fee will be invoiced by NABBA for said fee(s).

Organiser will furnish NABBA HQ with all entry forms within seven days after the contest date.

2. Judging shall be in three phases:
(a) Front, back and side in line up.
(b) Individual posing routine, not to exceed 1 minute 30 seconds.
(c) Standard comparison poses.

3. Competitors own music may be used at the judging and/or show at the discretion of the contest organiser.

Organiser shall provide suitable music for competitors not providing their own.

4. Competitors may enter only one contest per show. Unless an OPEN contest is run in conjunction with an area local contest.

5. In the case of a large number of entries, finalists may be selected at the judging to appear at the show. This should be stated on the entry form.

6. At the discretion of the contest organiser tanning colour may be used.

7. Any competitor acting in an unsportsmanlike manner must be reported to NABBA HQ and may be liable to disciplinary action. If considered serious he/she may be disqualified from contest by judges present.

8. Contest organiser may specify age limits for Junior and Senior contests, which must be made known to competitors in advance. It is the organiser’s responsibility to check birth certificates if necessary.

9. Only NABBA approved judges shall officiate. Organiser must invite judges well in advance and submit names of proposed judges to NABBA HQ.

Rules apply to MALE and FEMALE competitors unless otherwise stated.

All contests are for AMATEURS unless otherwise stated. An amateur is one who has not competed for a money prize (not applicable to Miss).

Special Notes regarding NABBA AREA contests:
1. No competitor may enter more than one AREA contest. This must be the area in which he/she normally resides.

In extenuating circumstances competitors may seek written permission to enter ‘out of area’.

2. Juniors must be under 20 on the 1st of January in the year in which the Britain Finals take place.

3. Seniors must be over 40 on the date of their area contest.

4. Novices must not have been previously placed in the first three in any AREA novice contest or have won ANY OPEN contest.

5. A first timer must not have competed before.

6. Any event with less than three competitors shall be deemed a ‘No-Contest’ and winning participants will not be invited to the Britain Finals unless considered to be of high enough standard by the judges present.

7. Winners of MASTERS/OVER 50's Area contests will only be invited to compete in Britain Finals if considered to be of high enough standard by the judges present.

8. For area contests a majority of judges should be from other areas.

Amendments to rules governing NABBA Area Contests from 24.02.2014
1. Organiser may run a Novice and/or Beginners' contest at his discretion. This will not however automatically qualify the winner to compete in the Britain Final.

As of 2017, the Universe will NOT have height classes for Miss Trained Figure, in line with Area shows and the Britain Finals.

3. The Winner of each height class will qualify to compete in the appropriate height class at the Britain Finals if considered to be of high enough standard by the judges present.

4. Winners of the Area height classes will pose-down to select overall Area Winner.

5. Winners of Britain Final height classes will pose-down to select Overall Mr. Britain.
NB: Item 6 of previous Area Contest Rules will apply to all contests; i.e. any event with less than three competitors shall be deemed a 'No contest' and winning participants will not be invited to Britain Finals unless considered to be of high enough standard by the judges present. All other Area contest rules apply.

Organisers may run Novice and/or Beginners' contests at their own discretion.
The MR class may be divided into four height classes at the organiser's discretion.

Item 4 & 5 of previous Area contest rules will apply to any Novice contest; i.e. Novices must not have previously been placed in the first three in an Area novice contest, or have won any OPEN contest. A First-Timer must not have competed before.

Winners and some runners-up in each area will be considered for the Britain Finals. In very big areas even thirds may be considered.

NABBA Universe, this great annual event will be staged at whichever suitable venue is available in the U.K. and British entries, usually from Britain, Mr & Miss England finalists or those with national honours, will be considered for the Universe. 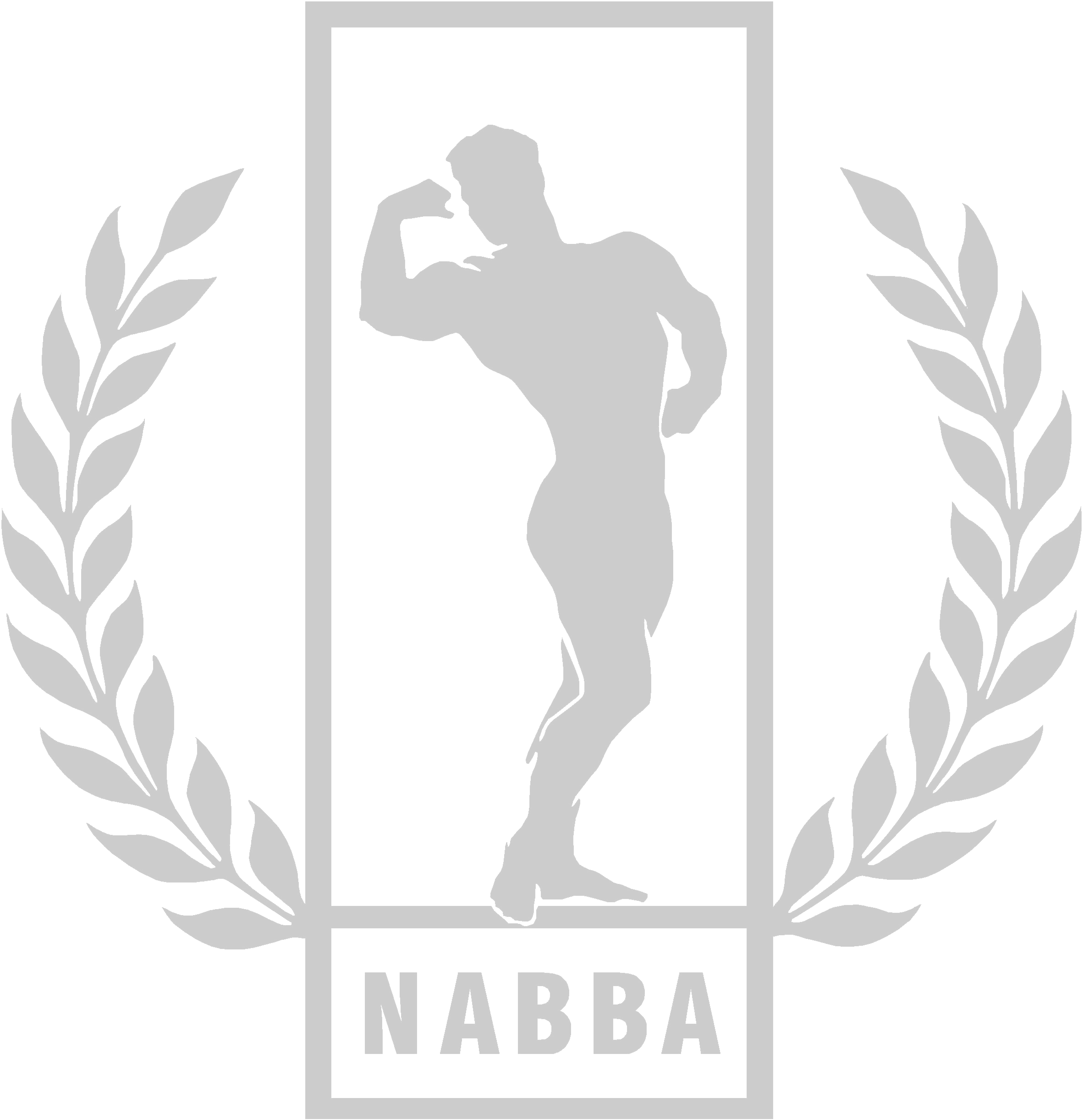